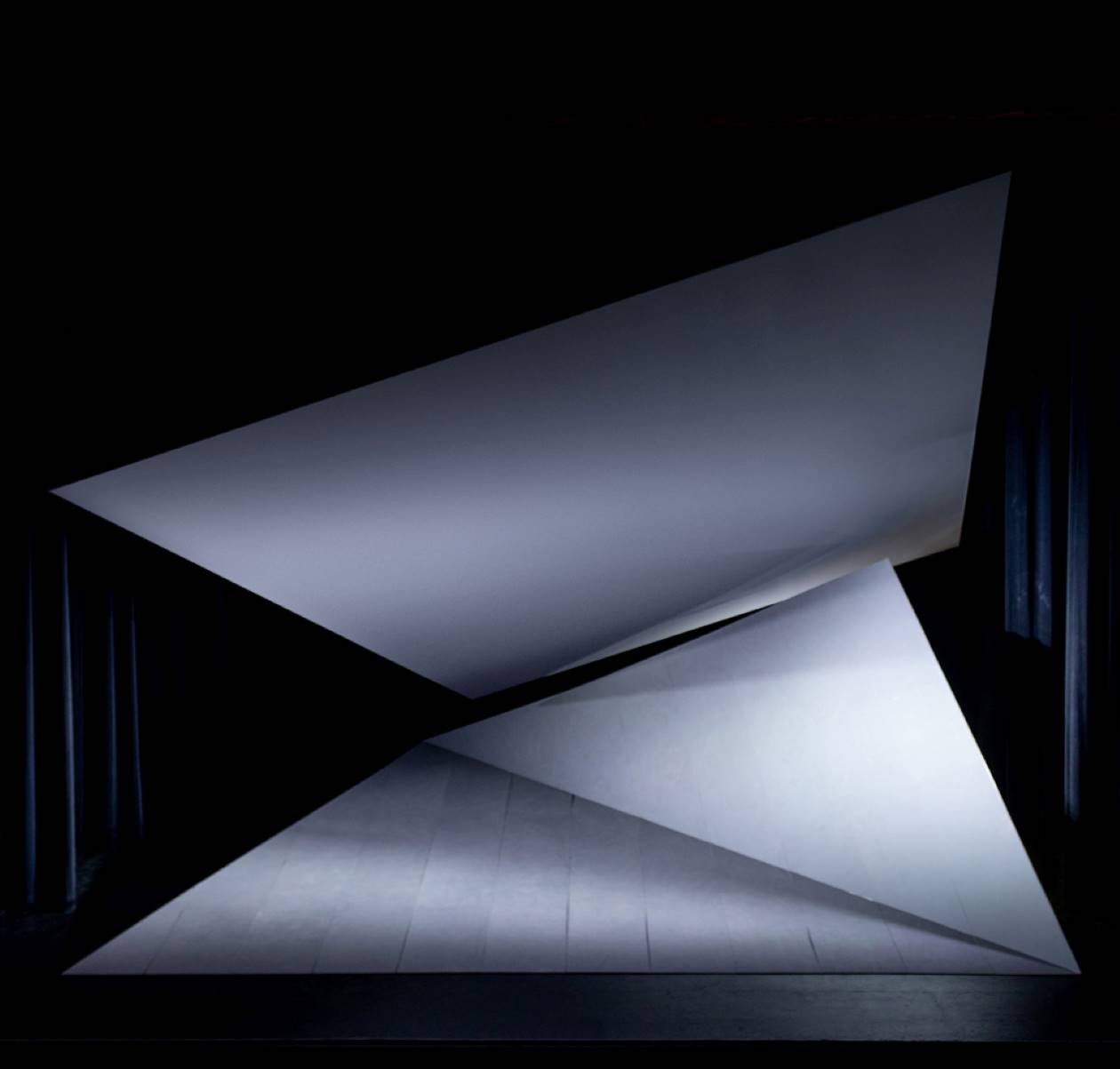 Recognised by AIDA for the third year in a row, LIMINAL has received the Premier Award, Best of State Award and Installation Category Award for The Bleeding Tree!

Australian playwright, Angus Cerini’s The Bleeding Tree taps into the theme of ongoing violence towards women and challenges notions of disempowerment. LIMINAL Spaces collaborated with Tasmania’s newest live performance and theatre company, Archipelago Productions, to reimagine the acclaimed Australian play. Embodying the conflicting worlds of the female characters, the simple planar set is constrained, manipulated and expanded as the story moves from one of volatility to empowerment and stability. The minimalist form shifts to become two open, balanced planes, visually framing and exposing the strength of the female protagonists.

The production opened theatres in Tasmania post the peak of Covid-19, which required all creatives and crew to take on the box-office risk, as audience capacity was reduced to 25% without any government guarantee or subsidy.

The design was intensely frugal and the collaboration between the design team, Archipelago Productions and the set fabricator was heightened with resourcefulness and creativity. The three-week production had a (Covid) sell-out season. The passion and commitment of the team enabled theatre to be brought back to local and interstate audiences.

Thank you to our collaborators Marta Dussledorp and Ben Winspear at Archipelago Productions and to the AIDA jury members. And congratulations to other category winners and our shortlisted peers!

The Australian Interior Design Awards recognise and celebrate interior design excellence via a credible, industry-based program, which is backed by the Design Institute of Australia, the professional body representing Australian designers.

We're thrilled to receive both awards and the recognition was made all the sweeter when we received the jury's comments which echoed the intent of the design...

The jury unanimously agreed that The Bleeding Tree deserves the Premier Award for Australian Interior Design for the way its powerful presentation reflects the fundamentals of interior design. As a stage set that has been created with light, shade and scale, and where budget was a concern, The Bleeding Tree conveys the true meaning of our craft and also promotes a strong social message around domestic violence. At its core, the best interior design influences emotion and this project does that in the simplest yet most impactful way. If even one piece is removed, it’s nothing, but in its complete simplicity, The Bleeding Tree is everything - AIDA 2021 Jury.

Return to the news index