The Hedberg - Perspective from the corner of Collins Street and Sun Street. 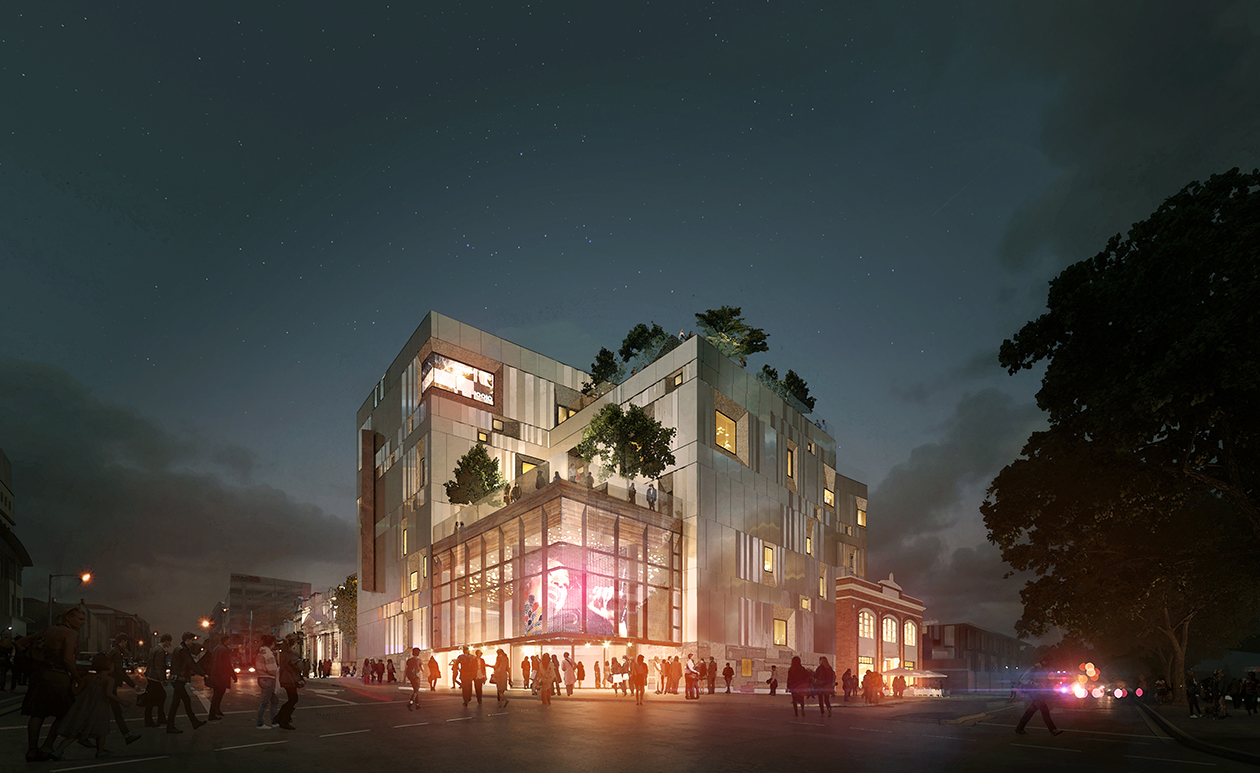 The Hedberg - Synthesis with the Theatre Royal on Campbell Street

The Hedberg - Main atrium space linking the new to the original Theatre Royal, with cascading foyers connecting to each level of the Theatre Royal. 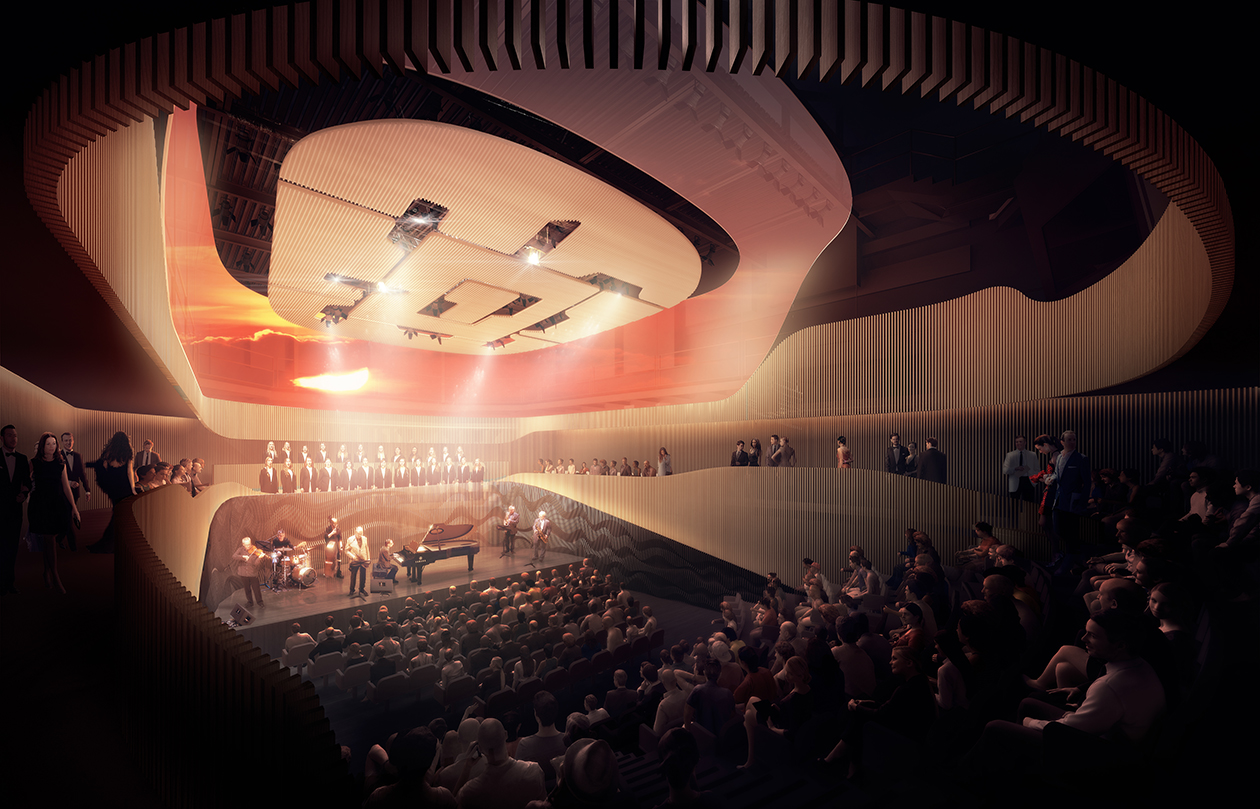 The Hedberg - The Studio Theatre, a new performance venue for the Theatre Royal

The Hedberg - The Salon, one of the main rehearsal and peformance spaces in the Conservatorium of Music 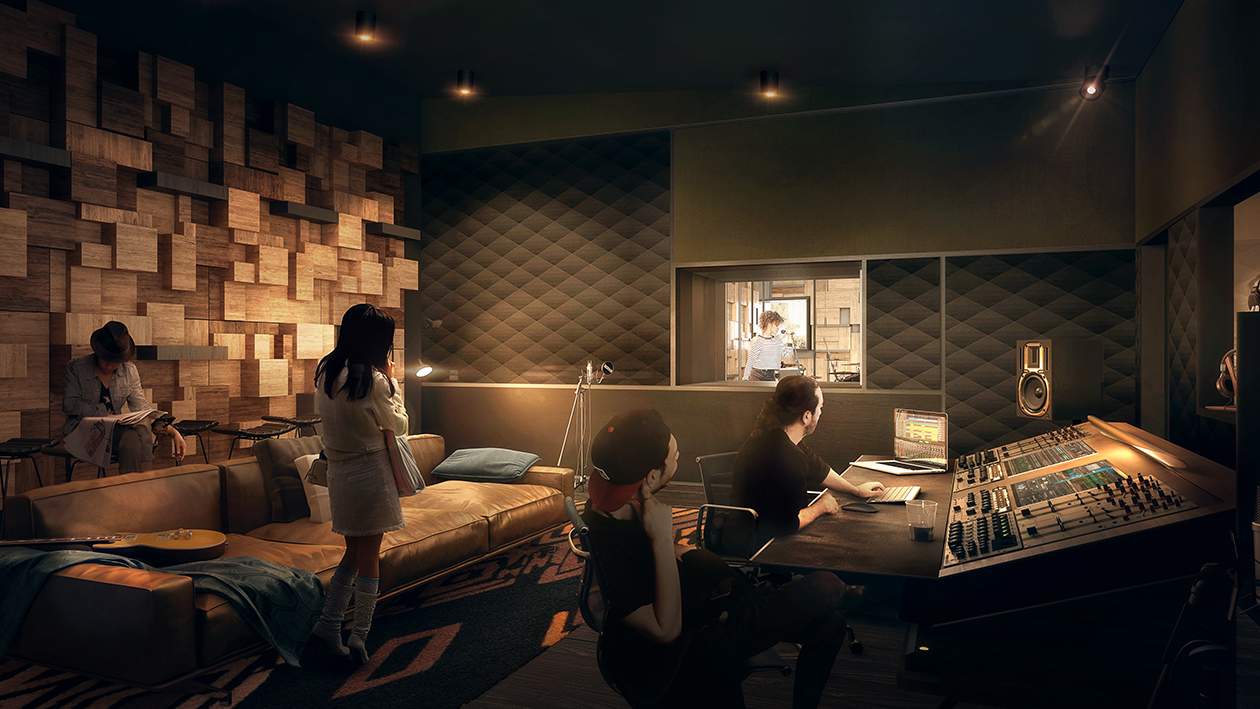 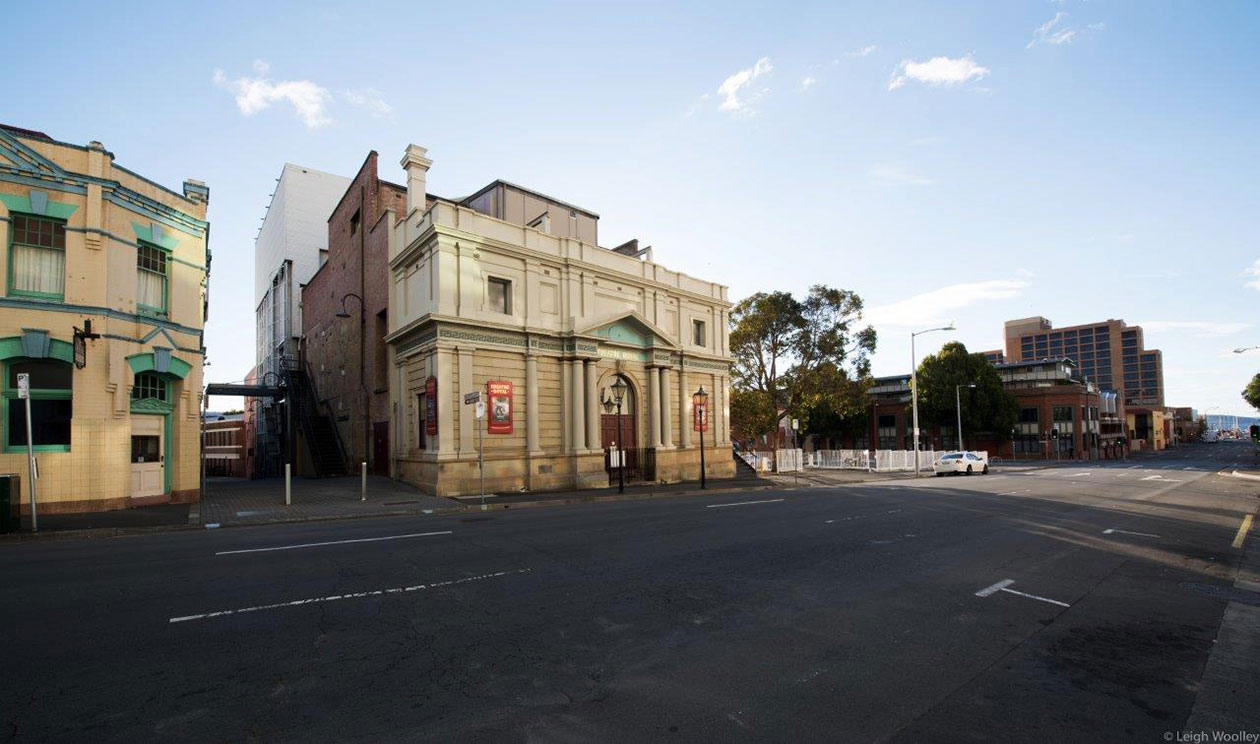 The project will be colocated with the oldest operating theatre in Australia, the Theatre Royal, and will see new state of the art performance spaces, a custom built home for the Conservatorium of Music and a new education and research hub with an interdisciplinary focus to contribute to Tasmania's creative industries.

Tim Munro, Chief Executive of the Theatre Royal and Stephen Loo, Director of the University's Creative Exchange Institute, are interviewed by journalists at the announcement of the commencement of early works on site.

The University of Tasmania, along with the Commonwealth and Tasmanian governments are well on the way to delivering a cultural and performance development on the corner of Campbell and Collins Streets, co-located with the Theatre Royal in Hobart.

Liminal Architecture was awarded the role of Principal Consultant in 2013. We are partnering with internationally acclaimed Singaporean architects WOHA and world leading Arup Acoustics and Theatre.

Co-located with the historic Theatre Royal in Hobart, this development includes world-class performance venues, a new home for the Conservatorium of Music, front and back of house support spaces, integration of the two-storey Hedberg Garage and accessibility to all levels of the Theatre Royal. This culturally significant project balances the theatrics of the building’s purpose and the sensitivity of its context.

The heritage strategy interweaves interpretive layers into the built fabric, creating a deepened understanding of place, enabling a response that continues to contribute to the evolution of the site through conservation, reuse, interpretation and revelation. The Hedberg development adds a contemporary layer to this site’s evolution, reinterpreting the past, and ensuring the heritage buildings that abut and exist on the site experience longevity through adaptive reuse.

Material selection and building form address the context of the site as well as evoking a sense of the activities that go on within. Use of glass to both connect and separate the new with the old, and integrating the front section of the Hedberg Garage are just two elements of the design to help achieve this. Comprehensive archaeological investigations of the site have uncovered a wealth of artefacts and remnants of the site’s long and varied history, with some of the more significant findings influencing aspects of the design.

The Hedberg development will boost our cultural sector through further fuelling creative interdisciplinary education and research, and a thriving music and performance hub, while incorporating cutting edge technologies facilitating local and global exchange.

For more background information and access to the live webcam showing the site’s progression, follow this link.